Added 6 years ago by admin
393 Views
Thiruvananthapuram(17-10-2014): Eminent Malayalam writer and film personality M.T. Vasudevan Nair was conferred the Kerala Government's prestigious JC Daniel Award for Cinema at the State Film Awards 2013 distribution here. Chief Minister Oommen Chandy presented the award instituted in memory of J.C. Daniel, who made the first silent movie 'Vigathakumaran' in Kerala. Speaking on the occasion, Nair, who was chosen for the award for his outstanding contributions to Malayalam cinema, thanked the government for selecting him for the honour. Best Actor Lal, Actress Ann Augustine, Best Director Shyamaprasad and others too accepted their awards at the event. Fahadh Faasil, who shared the Best Actor award with Lal could not make it to the award distribution ceremony. 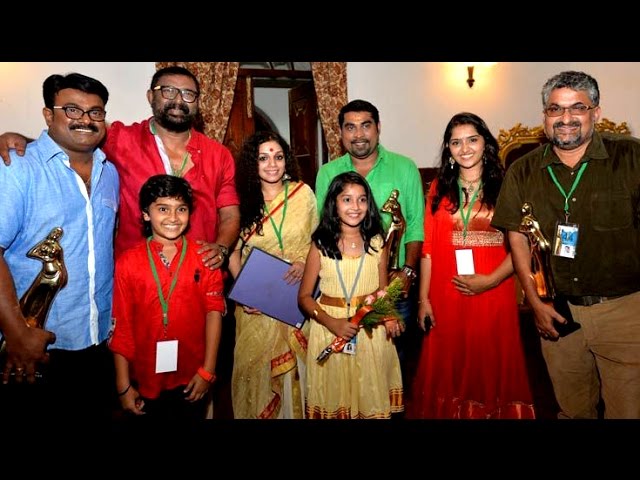