Added 6 months ago by malayale
94 Views
KUNIKKITTA KOZHI || Unnikrishnan is a street-smart jobless youth desperate to get a job. Once in a job interview, Swarnalatha outsmarts him to get the job by telling the manager that she is Unnikrishnan's wife and because of his irresponsible behaviour, they are in dire straits. The manager, who was earlier irritated by Unnikrishnans interview, out of sympathy offers her the job. Unnikrishnan, meanwhile, comes to know about this and he starts to pester her demanding her half of her salary.

Meanwhile, Swarnalatha's close friend Indumathy and her husband Viswanathan are going through a rough patch financially and he is unable to repay the loans which he had taken. Circumstances lead Unnikrishnan to be mistaken for Viswanathan by the grandmother of Indumathy and invites him and her once banished granddaughter, who had eloped with Viswanathan, back to their ancestral home. For fear of causing a trauma to her grandmother, Indumathy and Unnikrishnan act as husband and wife and Swarnalatha also stays with them. The arrival of Viswanathan too on the scene causes chaos and confusion. 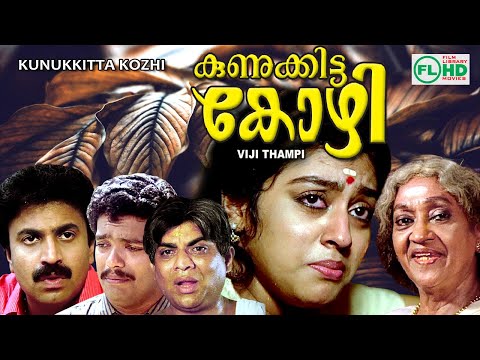 KUNIKKITTA KOZHI || Unnikrishnan is a street-smart jobless youth desperate to get a job. Once in a job interview, Swarnalatha outsmarts him to get the...