Added 6 years ago by admin
1,613 Views
ഇനി ഞങ്ങൾ പറയാം | Doordarshan Kendra, Thiruvananthapuram, and the Kudumbasree Mission have jointly launched an innovative social reality show titled Ini Njangal Parayam. Chief Minister Oommen Chandy formally launched the show on 19 March 2015. Speaking on the occasion, Social Welfare Minister M.K. Muneer announced a cash price of Rs.1 crore for the best Community Development Society (CDS) and Rs.60 lakh for the second best CDS. The programme would present the best ideas and innovations of the CDSs in the State. As many as 70 of the 1,074 CDSs have been selected by a committee for participation in the show.

Three short films of three-minute duration each have been produced on each CDS, which will be screened before the jury, which would award marks for each CDS based on the videos and interaction with the representatives from the CDS concerned. Fifteen CDSs will be shortlisted for the semi-final round based on the marks received in the preliminary round. The jury will visit all the semi-finalists in their villages and make an on-the-spot evaluation. Later three CDSs will be selected as finalists. The winner of the prize for the best CDS will be announced in a mega final event to be telecast live by Doordarshan. Ten innovative developmental ideas will also be shortlisted as part of the programme. The jury comprises K. P. Kannan, chairman, Laurie Baker Centre for Habitat Studies; Nivedita P. Haran, former Additional Chief Secretary; and Mini Sukumar, director, Centre for Women Studies, University of Calicut. Other experts and professionals from various fields participating in the programme include R.V.G. Menon, educationist and social activist, and R. Hali, former Director of Agriculture. Celebrities like K.P.A.C. Lalitha, Kalpana, George Onakkoor, Perumbadavam Sreedharan, Rose Mary, and Chandramathi would also participate in the programme, which would be telecast from Monday to Friday at 7 p.m. with repeat a telecast at 11 p.m. and 8 a.m. the next day. The 100-episode social reality show will run for five months. 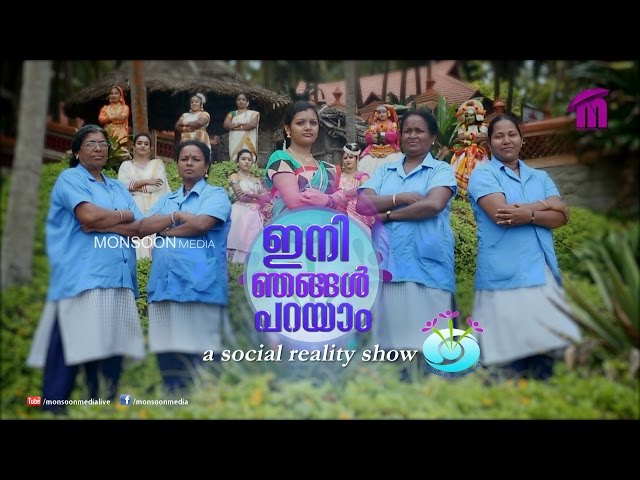