Thatteem Mutteem I Its time for jackfruit revolution I Mazhavil Manorama

Added 3 years ago by malayale
538 Views
Subscribe to Mazhavil Manorama now for your daily entertainment dose :
Thatteem Mutteem: A new problem arise in Mayavathi Amma's home. Again figures are pointing towards Arjunan! Watch Thatteem Mutteem on tomorrow at 10 pm on Mazhavil Manorama.
Follow us on Facebook :
Follow us on Twitter :
Follow us on Google Plus :
To go to the show playlist :
About the show :
Thatteem Mutteem is a sitcom aired on Mazhavil Manorama. The series depicts the love-hate relationship between a mother-in-law and daughter-in-law in a standard middle class family.
KPAC Lalitha and Manju Pillai essays the role mother-in-law and daughter-in-law respectively. The mother-in-law outwits her daughter-in-law and is always ready to pick up a fight with her. The daughter-in-law rises to the occasion. Jayakumar Parameshwaran Pillai plays Manju’s husband. He is a government officer who is unwilling to go to work and lives on his mother's pension. Siddharth and Bhagyalakshmi are cast as their kids. The children play a key role in the show as they lose no opportunity in instigating a fight between the two women.
Lead Actors and their roles
KPAC Lalitha – Mayawati amma,
Manju Pillai – Mohanavalli,
Jayakumar Parameshwaran Pillai - Arjunan,
Sidharth Prabhu – Kannan,
Bhagyalakshmi – Meenakshi
Veena Nair - Kokila,
Naseer Sankranthi – Kamalasanan,
About the Channel:
Mazhavil Manorama, Kerala’s most popular entertainment channel, is a unit of MM TV Ltd — a Malayala Manorama television venture. Malayala Manorama is one of the oldest and most illustrious media houses in India. Mazhavil Manorama adds colour to the group's diverse interest in media.Right from its inception on 31st October 2011, Mazhavil Manorama has redefined television viewing and entertainment in the regional space of Malayalam. Headquartered in Kochi, the channel has offices across the country and overseas. Innovative content mix and cutting edge technology differentiates it from other players in the market. Mazhavil Manorama has a successful blend of fiction and nonfiction elements that has helped it to secure a substantial amount of viewership loyalty. Path breaking reality shows, exclusive weekend mix, fetching soaps makes Mazhavil Manorama extremely popular across all genres of audience.
MM TV has a bouquet of 4 channels – Manorama News, Mazhavil Manorama, Mazhavil Manorama HD and Mazhavil International for the Gulf Region. MM TV. Mazhavil Manorama HD is the first television channel in Kerala to transmit its programs completely in HD.

Thatteem Mutteem I Its time for jackfruit revolution I Mazhavil Manorama 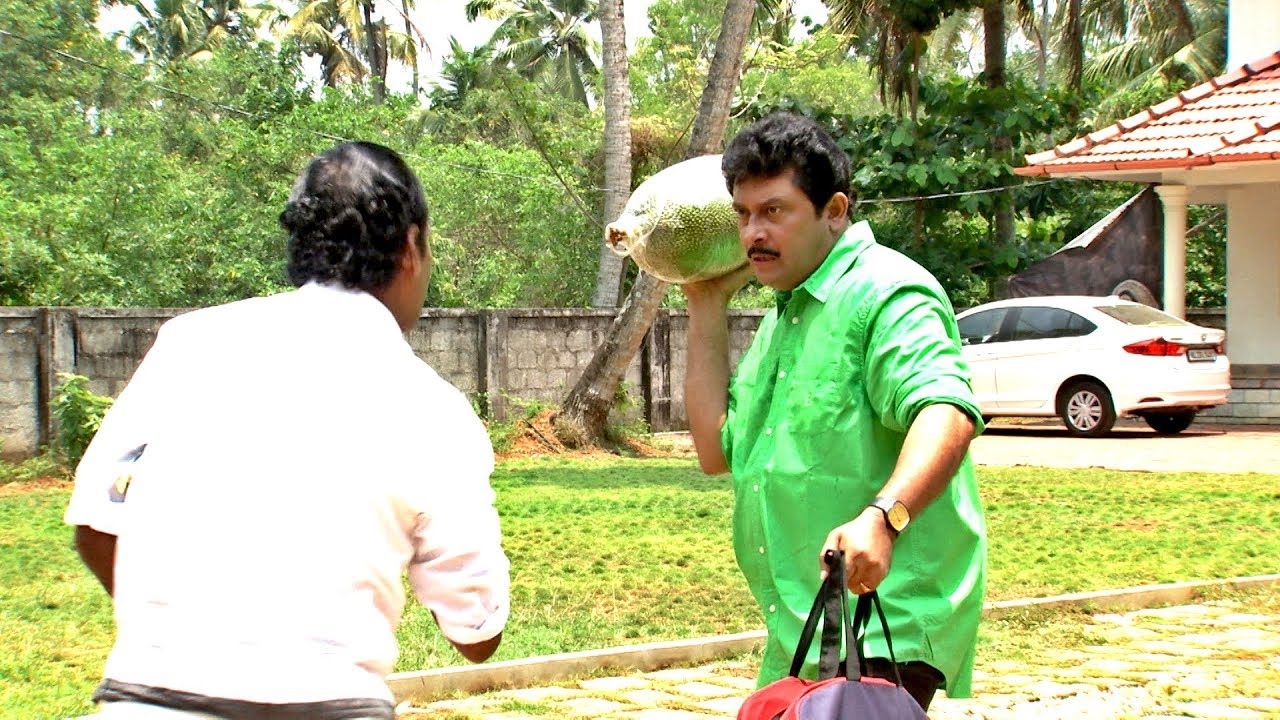