Varsham is a Malayalam movie directed by hit maker Ranjith Sankar and Mega Star Mammootty is playing the central character role. In this movie actress Asha Sarath is playing as the wife of Mammootty and Mamtha Mohandas is also playing another lead character. The director him self written the script for this movie and produced by Mammootty's play house productions.

This movie tells the story of an gulf returned man which played by Mammootty and Thrissur is the main location of this movie. In this film there is no Thrissur slang used at this time. It’s a story that can take place anywhere. Passenger and Punyalan Agarbathis are the two main success movies of Ranjith Sankar and here Punyalan Agarbathis was one of the blockbuster of the year 2013. 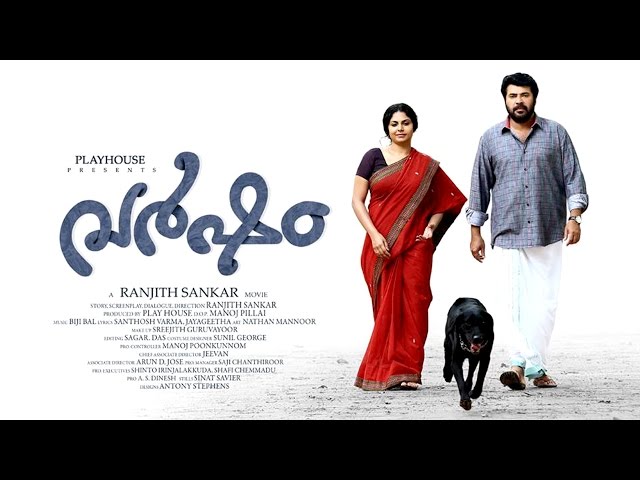